Once upon a time, when Hollywood was a regular guest on Robinson's Crusoe' island, and old man Cecil Lyons, a taxi driver then and still today, would be stopped by the shrill whistle of Robert Mitchum, to take him and his movie partner, Rita Hayworth, back to their hotel at Bacolet Bay, on the old windward road.

Bacolet, which is now a quiet, fancy suburb of Scarborough, was the centre of all tourism activities in Tobago. And whereas the days of the making of such famous movies as "Heaven Knows Mr. Allison, "Fire Down Below" and the "Swiss Family Robinson", might be gone for the time being the Bacolet area still exudes the quaint elegance of these days gone by. 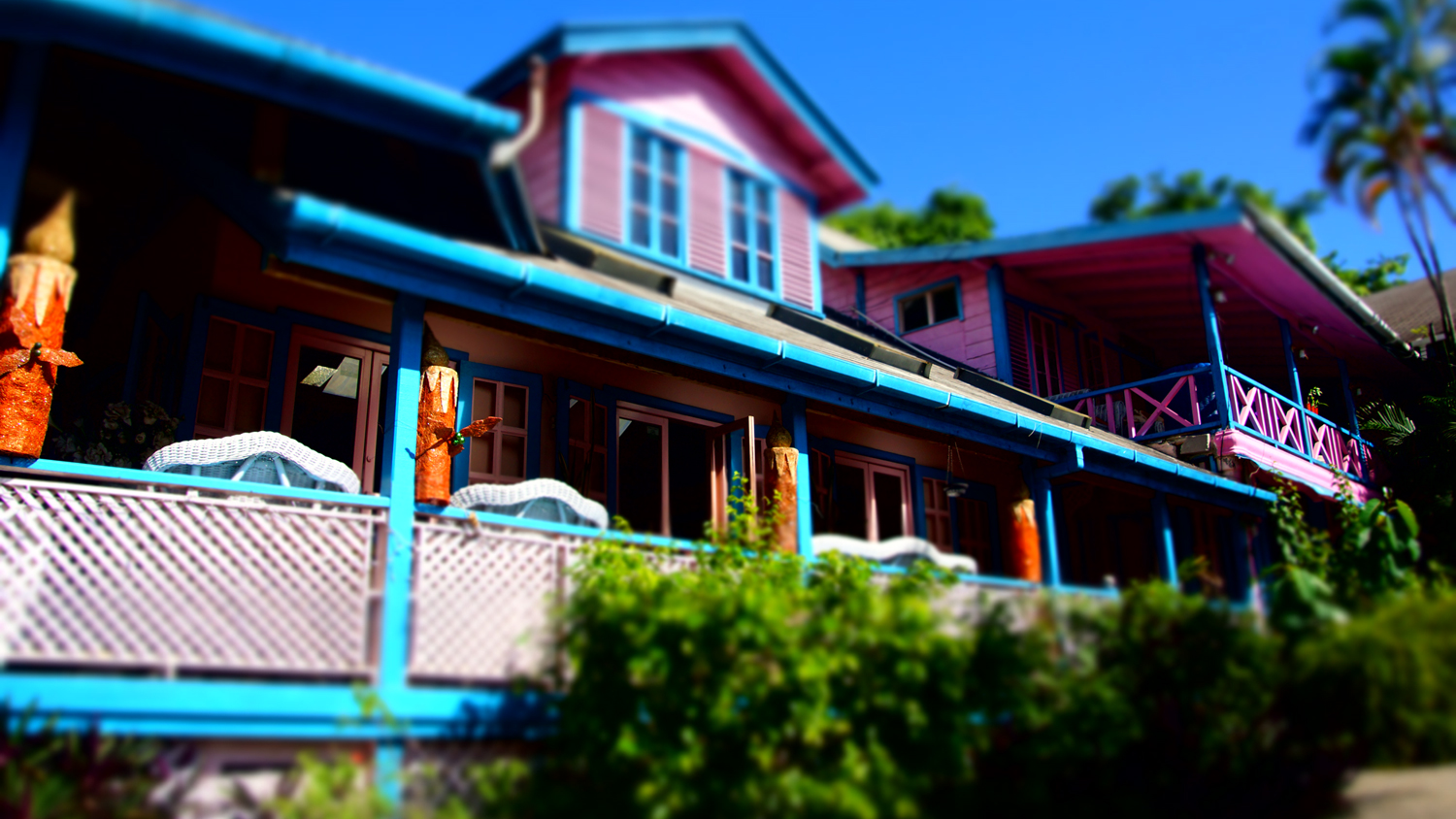 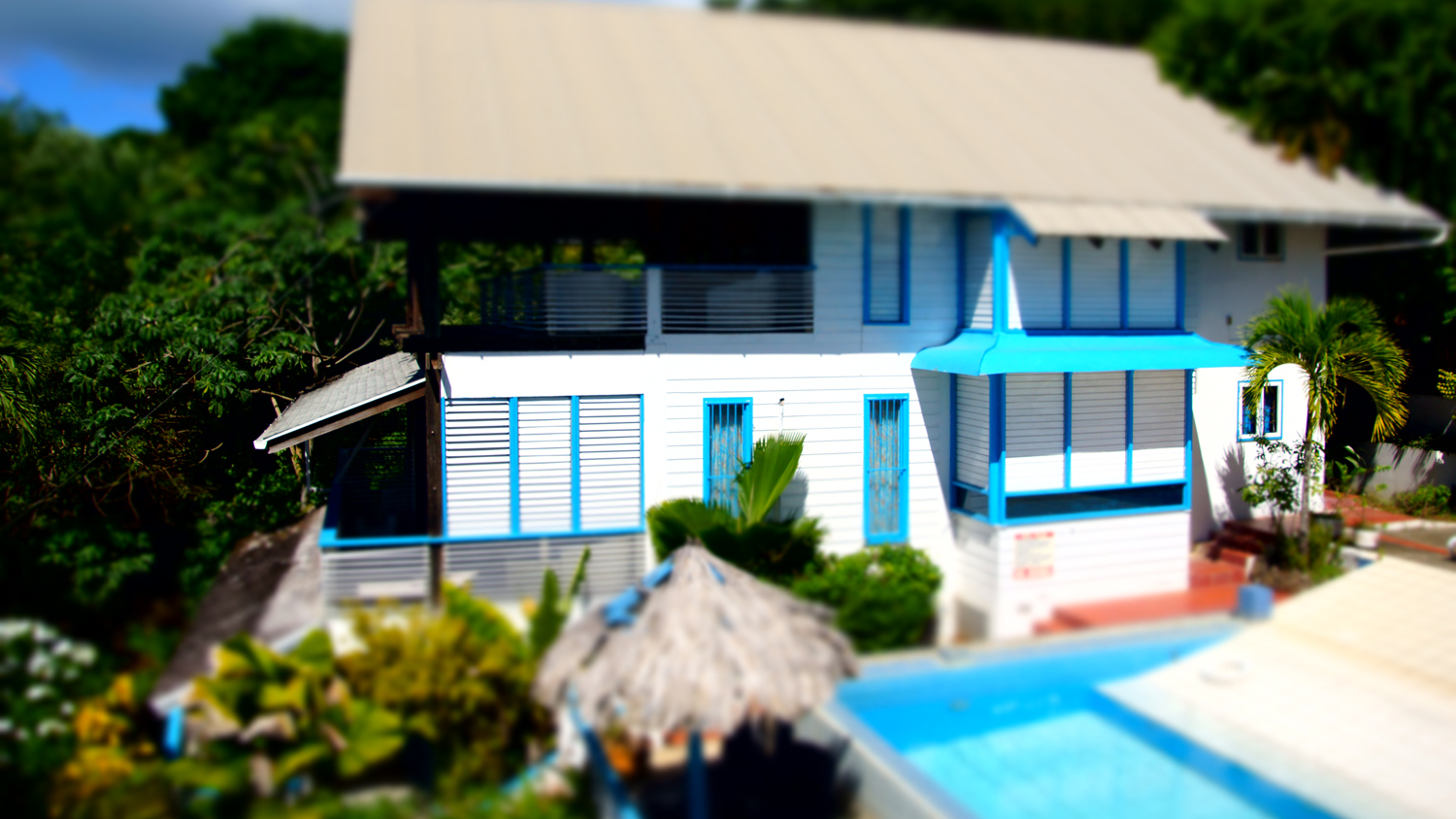 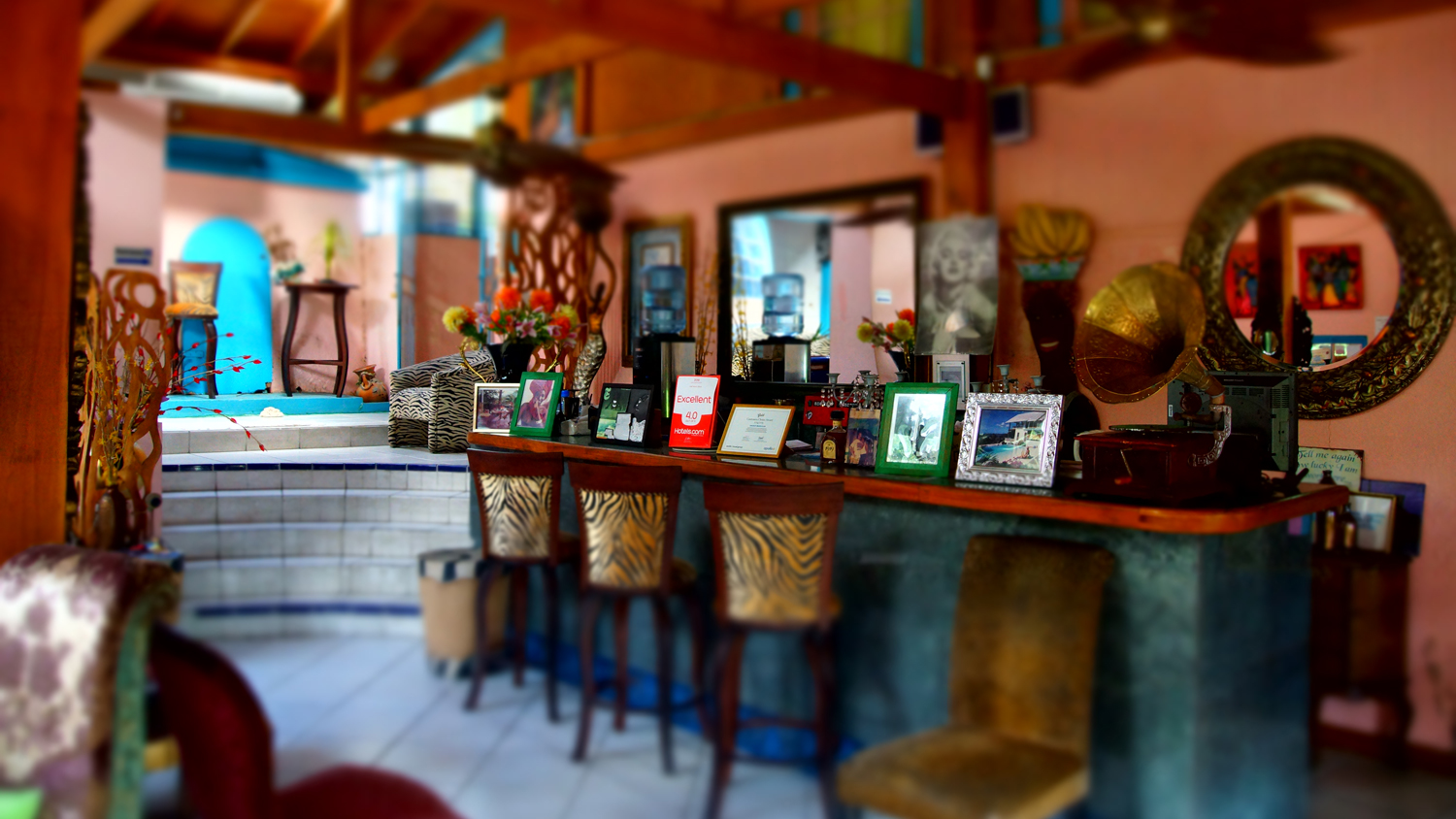 In the middle of the famous, half moon shaped Bay you will find The Half Moon Blue Hotel, where long before the days of the "Talkies", one could stop and refresh oneself with the fashionable "soft drink" of the day, cool, invigorating coconut water. Situated on Crown Lands, the original house, known as "The Old Donkey Cart House", was built in the mid 1850's. Formerly owned by King George V, the land was sold in 1923 for one Guinea.

The property gets its name from, not surprisingly, an old flower-filled donkey cart that's been on the grounds since Gloria Jones-Knapp, the owner, was a child.Gloria Jones-Knapp -a former fashion model in Europe- started the Old Donkey Cart House in 1980 as a wine bistro - one of its kind! It is now an elegant small resort and the home of La Belle Creole Restaurant and Bar, specializing in original Creole recipes from around the Caribbean Basin.
‍HALF MOON BLUE SERVICES GMBH
Lederergasse 18/3
A-1080 Wien
AustriaUID-Number: ATU70209605
Company Reg.: FN 442548g 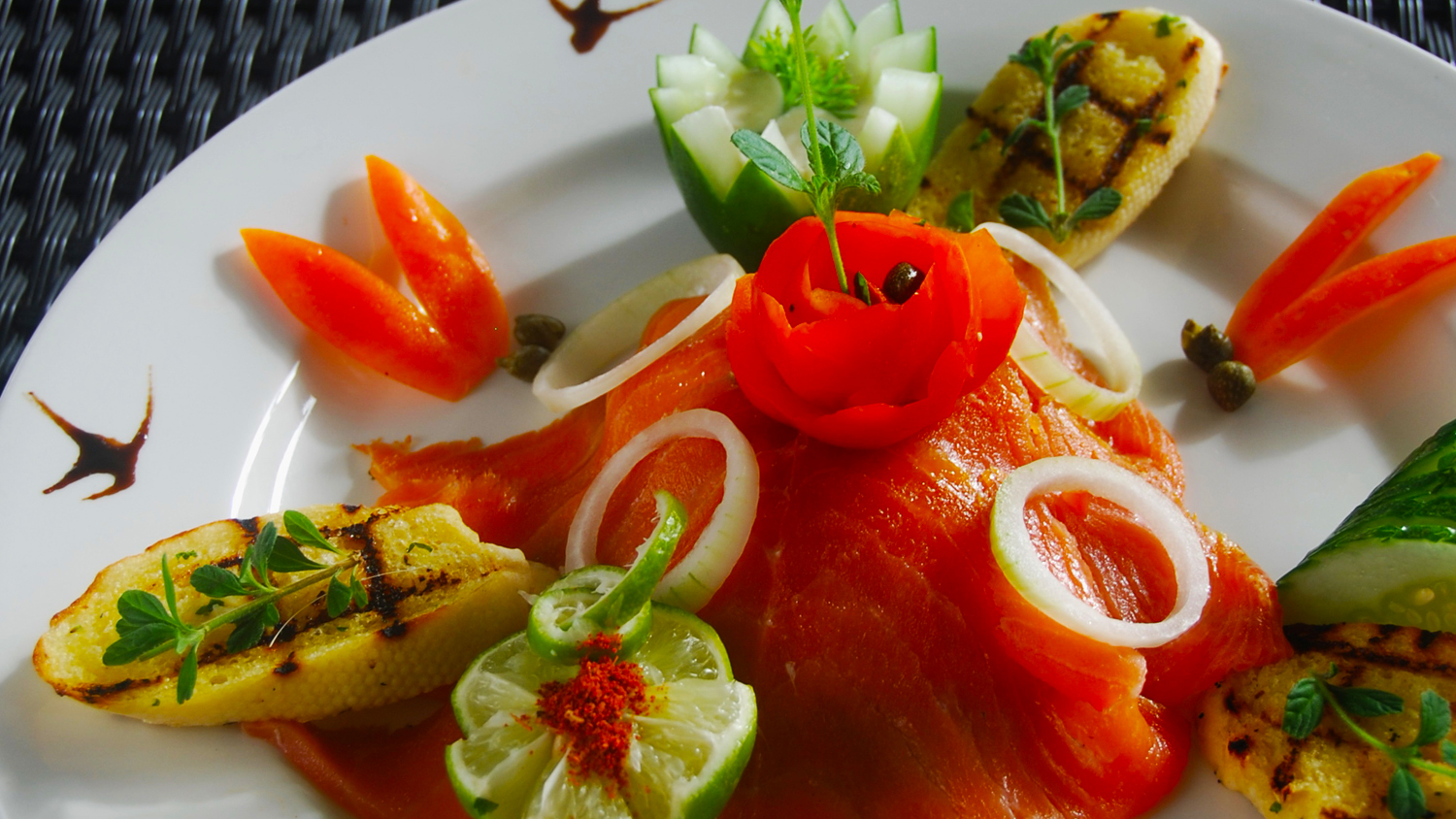 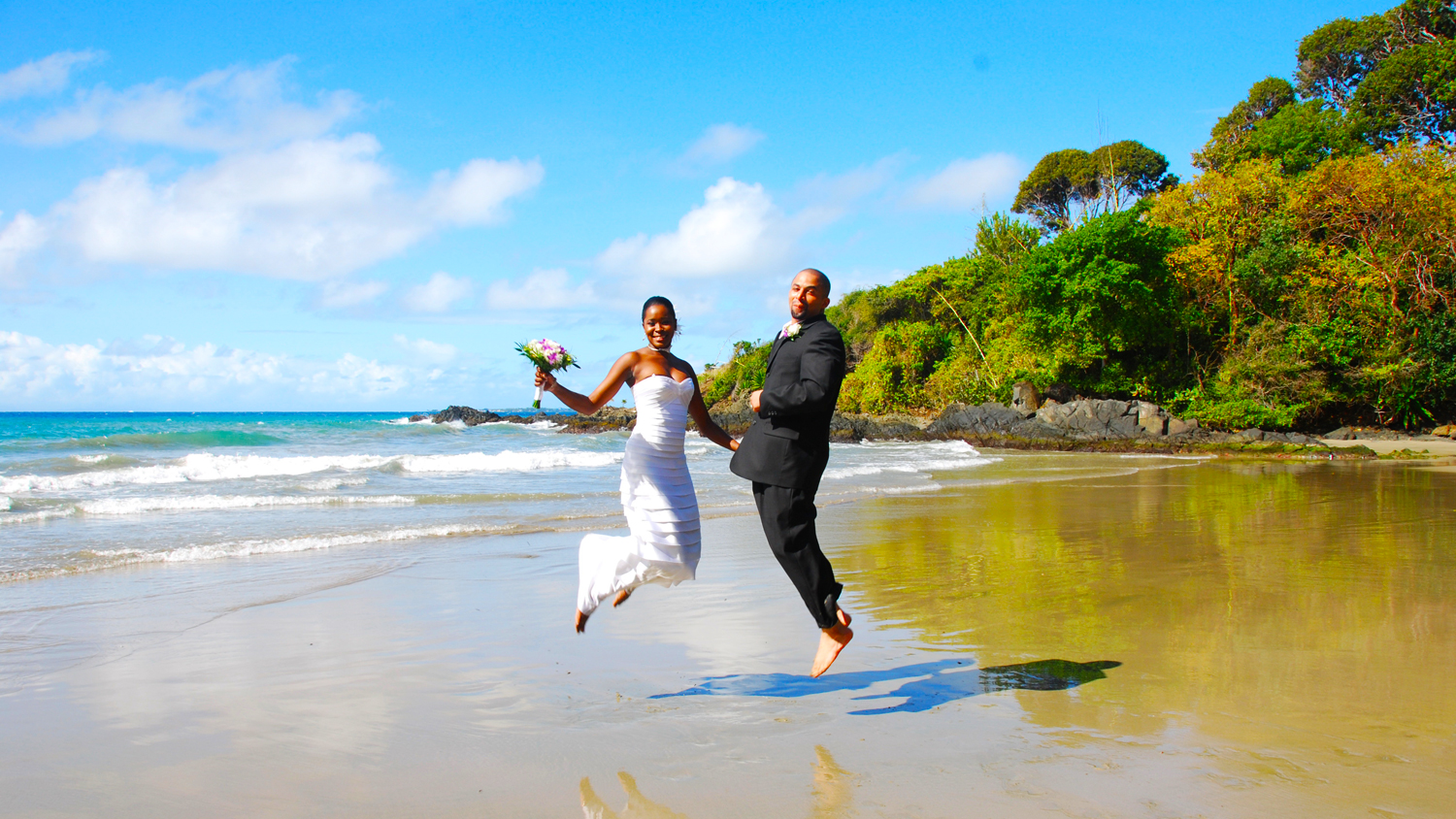